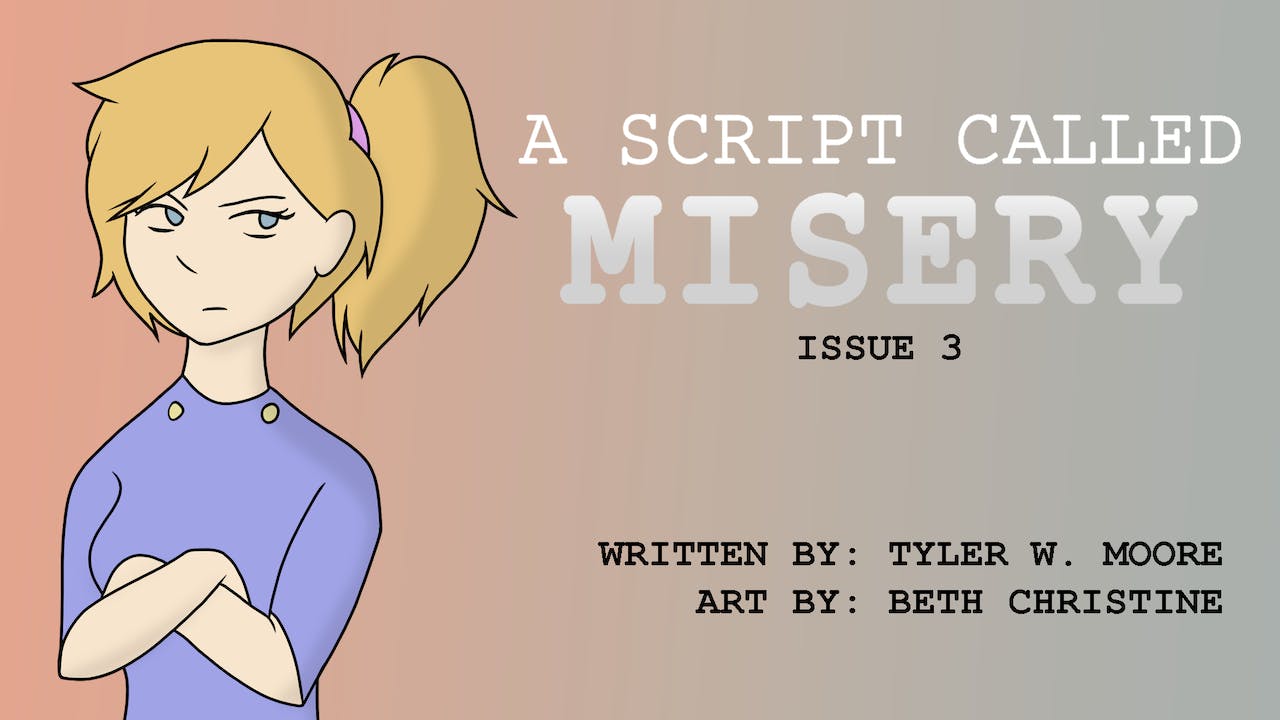 A SCRIPT CALLED MISERY is a 5-part comic mini-series about a team of television staff writers are given the task of writing a pilot for an eccentric producer.

In this issue: The writing staff continues further down the spiral as they begin to deal with Brian's biggest issue: women.

This book is recommended for mature audiences. Viewer discretion is advised.