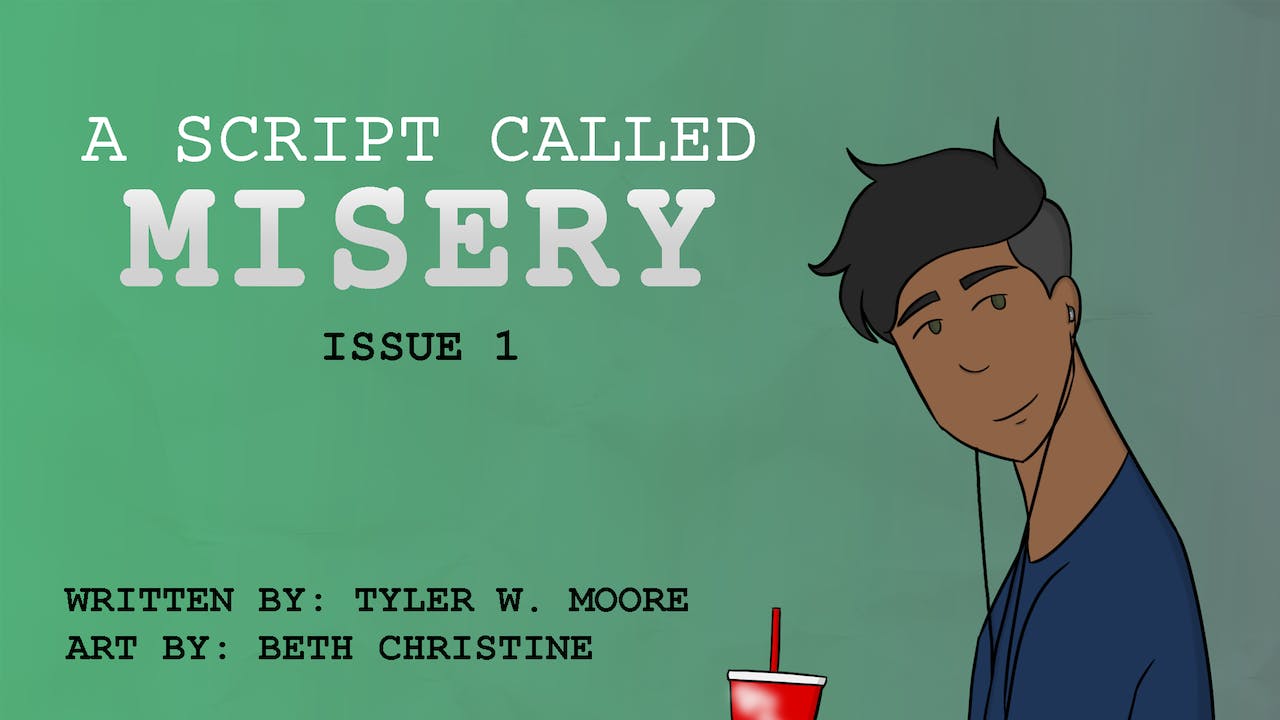 A SCRIPT CALLED MISERY is a 5-part comic mini-series about a team of television staff writers are given the task of writing a pilot for an eccentric producer.

In this debut issue, we meet our main character, Ethan, as he and his roommate start their first day of work at Kramer Studios.

This book is recommended for mature audiences. Viewer discretion is advised.